We're living through a unique moment in history - whether it amounts to something meaningful or not is totally up to us!

The Mandate Project was something that started as a series of evening discussions with friends nearly five years ago. We sat and drew up a list of societal woes - pollution, the inability of our fellow travelers to form queues in the metro, entrenched inequality in society, political corruption and the absence, or perhaps the limited existence, of an informed and responsible civil society in India. There was a lot of fresh-out-of-college idealism tempered with hopeless pessimism in those sessions.

Whatever may have been the foundation of modern societies, in that moment they seemed to primarily be driven by an obsession with productivity, advancement, growth etc. no matter the cost. With such a perversely defined esprit de corps, base motivations emanating from desire, as Plato would explain, take hold. In such a world, greed, pride and jealousy, or worse still, competition for competition's sake animate deadened minds. 'Well, if not this, then what?' The ideal alternative system is unlikely to be some nouveau socialism - perhaps just more mindful and conscientious competition which cherishes human liberty by bowing before wisdom and kindness.

Perhaps people still have the capacity to be driven by the intellect - by knowledge and understanding. We've seen glimmers of it in the sober moments of even the most hardened fool. Yet we'd always wonder, what could get such individuals to change? Many might see the sense in more just, harmonious and sustainable institutions, or ways of conducting social life, but it would be impossible to get them to abandon their present mode of transacting daily experiences. Starting off on notes of chastisement almost never works. No one likes to be told they're wrong or that their viewpoint is unacceptable. We're all quite fragile like that.

This brings us to a second, related problem with trying to bring broad change. While each person is spectacularly gifted at pointing out what's wrong with any conceivable thing, few have the ability or patience to create alternatives and the constitutional strength to subject personal ideas to scrutiny by others. I think most of us will share the blame here - haven't we shot down other people's ideas 'just because', without even trying to hear them with an open mind? I admit I certainly have. Why do we fear the experience, clarity and ability of others to guide us to better understanding? Must all the good answers belong solely to us?

So, going back to our evening discussions, as one tends to do in any good session on problems, we created fragmented utopias which ruthlessly wiped our most personal societal grouses out of existence. We also asked what each of us identified as the most important issues to tackle. We tried to get honest with ourselves by asking what we considered essential 'needs' and cut out our 'wants'. Starting thus, the industrial production of consumer goods of suspect necessity fell in our imagined world. We questioned how much we really needed to travel around for work and to socialize. And so, vehicular movement - mainly private cars and two-wheelers - fell dramatically. Now the roads became safer to use for bicycles to travel short distances. Pollution dropped in the cities - the air became alpine, the layer of smoke vanished, water bodies became clean and the skies turned azure. Suddenly it became conceivable to reclaim public spaces for people to meet for recreation and to enjoy nature. We had the time and space to exercise and be kind to our bodies. Alas, this hypothetical reality could never be!

Armed with years of quiet contemplation and marginally improved understanding, one identifies a few suspects that prevent us from having better things.

Perhaps change is difficult because there's little or no public trust in our society - even if I follow the rules and refrain from driving my car, the other guy probably won't do the same. Even if I reduce my consumption, what difference will it really make? Such lines of thought reflect another pathological issue - a pervasive disconnect between how we see our actions and their consequences. We know that if we burn a stack of leaves and stand, somewhat idiotically, in the center, we will become uncomfortably aware of the column of smoke we're trapped in. We know it's harmful and that we are probably going to choke. However, stand far enough and you can watch the plume of smoke from hundreds of such fires disappear into nothingness along with any sense of responsibility or guilt (Diwali anyone?). We're happy buying things from producers who pollute and destroy the environment and we regrettably accept it as an unavoidable cost. We forget that if each person stops buying from such producers, demand will evaporate and its supply (and the linked destruction) will collapse. But hey! My purchase is just a drop in the ocean.

Somewhat despondent at the end of our discussions, we usually agreed that people were just not ready to break from conventional thought. Most of the resistance would come from those who profit from the system and status quo. Their positions had been entrenched by creating layers of false arguments around there being no viable alternative ways of doing things. Concepts like 'work from home' were inconceivable. Travelling across the city to work a nine-to-five was the only way of doing things (of course, we have no concept of nine-to-fives or two day weekends - in a country where the supply of labor is endless and needy, someone will always undercut your price).

My father recently pointed me in the direction of what is known as Parkinson's Law (this has nothing to do with the disease you're thinking of - though it does reflect another one). The law is best captured by the adage "work expands so as to fill the time available for its completion". I suppose one could be incentivised to finish work faster - perhaps with some downtime, holidays, or room to follow our passions. Maybe mental health issues due to work pressures could be brought under control. But, now why would we want that? We have a perfectly functional, exploitative system in place; people and nature are means to an end - profit.

Historically, impossible or gradual social change has been accelerated in the face of impending disaster. Women's irreversible entrance into the workplace and emancipation in the US was precipitated by the Second World War. So, logically we concluded that you'd need some majorly disruptive event - an asteroid, perhaps a war, or who knows maybe a pandemic to get people to wake up from the madness of the old normal. We left it at that.

I suppose we could never have imagined what 2020 would bring. And so here we are: the skies are blue, streams clear, the roads safe enough to cycle on, people form sacred, inviolable queues to buy essentials, and the great machinery of profiteering has come to a grinding halt. People are working from home. We're even thinking of supporting local producers and focusing on building our domestic production. It truly is horrible.

Where do we go from here?

When India entered lockdown, while the response to the pandemic was arguably as swift as it was necessary, suddenly the shoddy design, structure and planning that always characterized our society started peaking through the facade. Whether this was visible in the form of stranded migrants, structural inequality, questionable work cultures, fragile distribution channels, mental health issues, suddenly people had the time and space to wake up and take note. Questioning the old normal and imagining a new one have become more commonplace than any other moment in collective memory, at least for our generation.

Our hypothetical fragments of utopia were no longer required to be pressed into service. Reality was in shock. So was nature. So were many systems put in place by our forebears. Perhaps people were ready now? Perhaps the Mandate Project would have a few takers.

In the days that followed, the Mandate moved from dormant Facebook pages into lively engagements with an Instagram community. Because of the overwhelming and humbling response, an effort to realize the present platform was started. Through various polls and discussions, it seemed that there were quite a few among us who were ready to start asking questions, build a community, identify their own primary interests and issues to adopt. We created a proto-mechanism for the Mandate there itself. 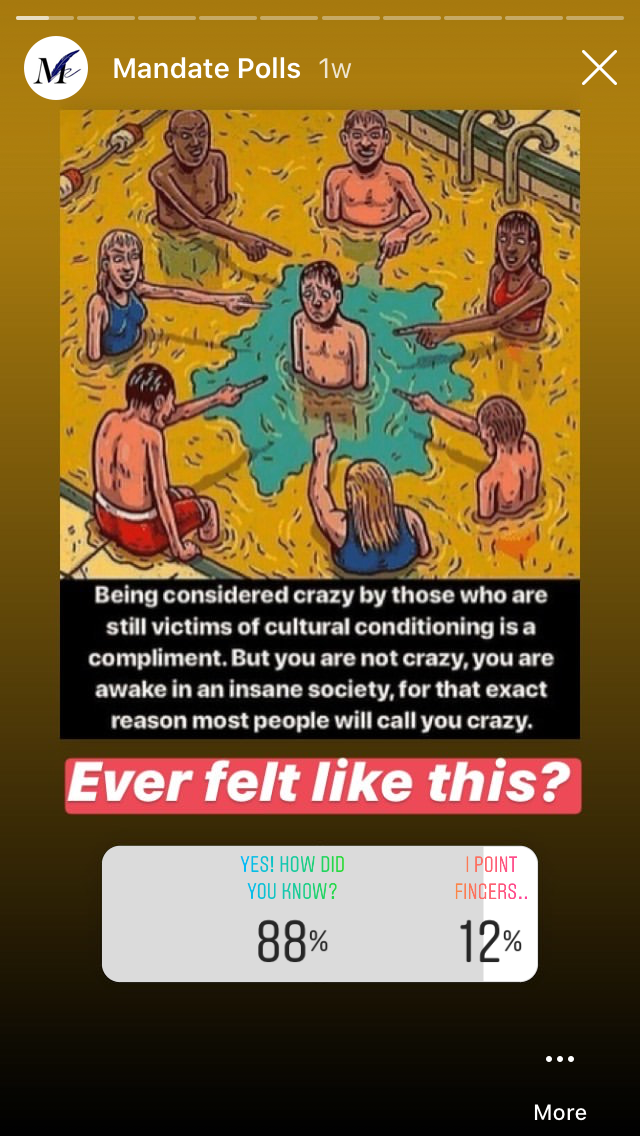 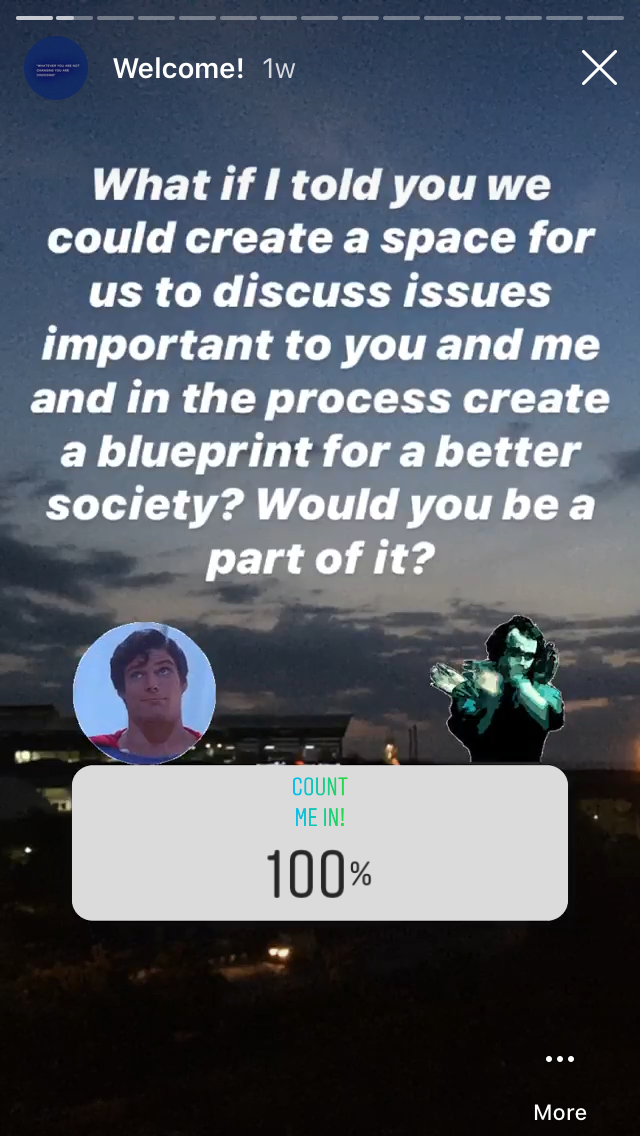 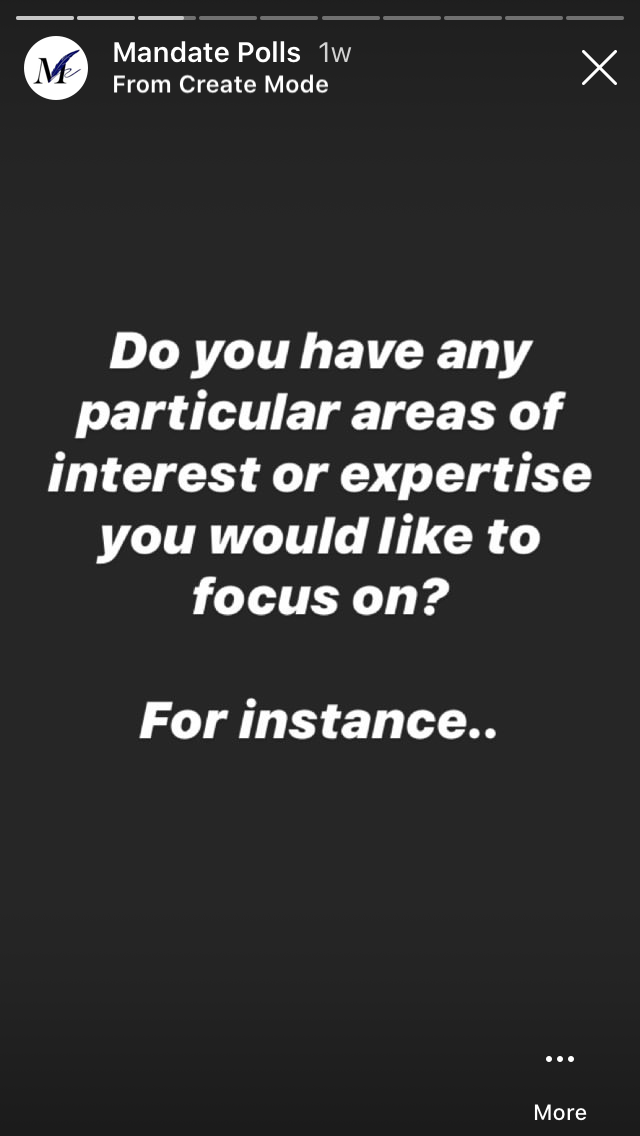 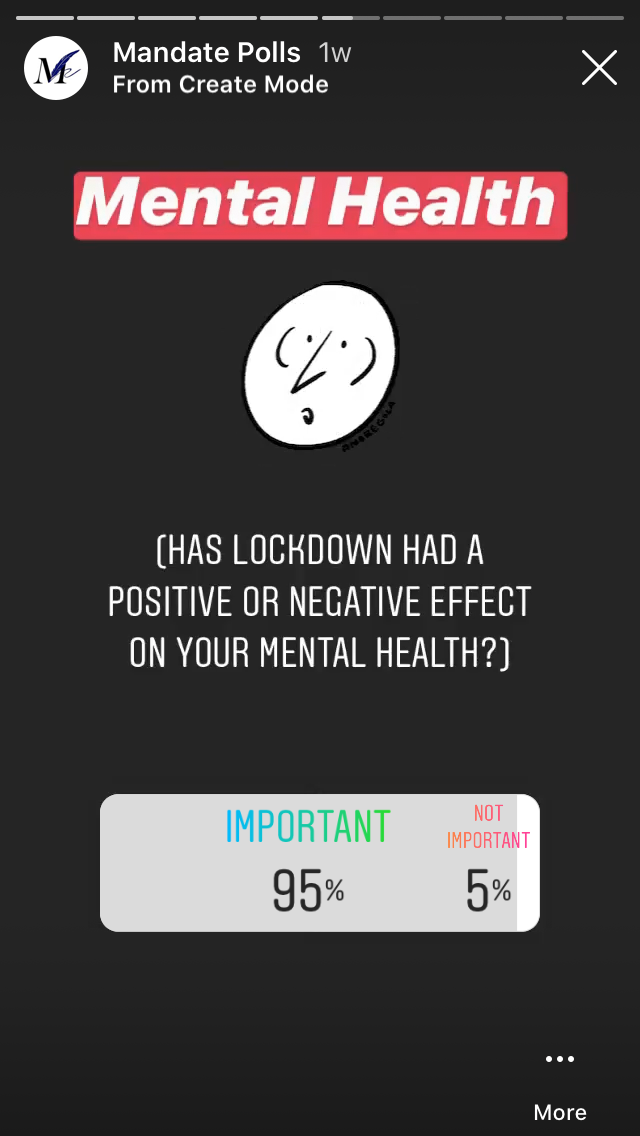 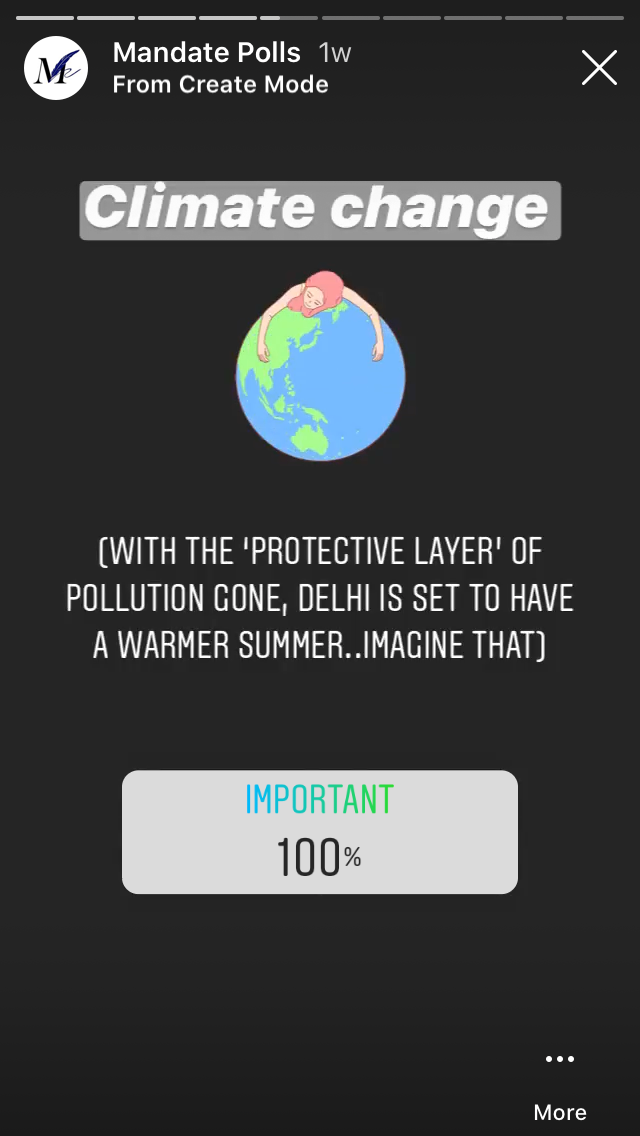 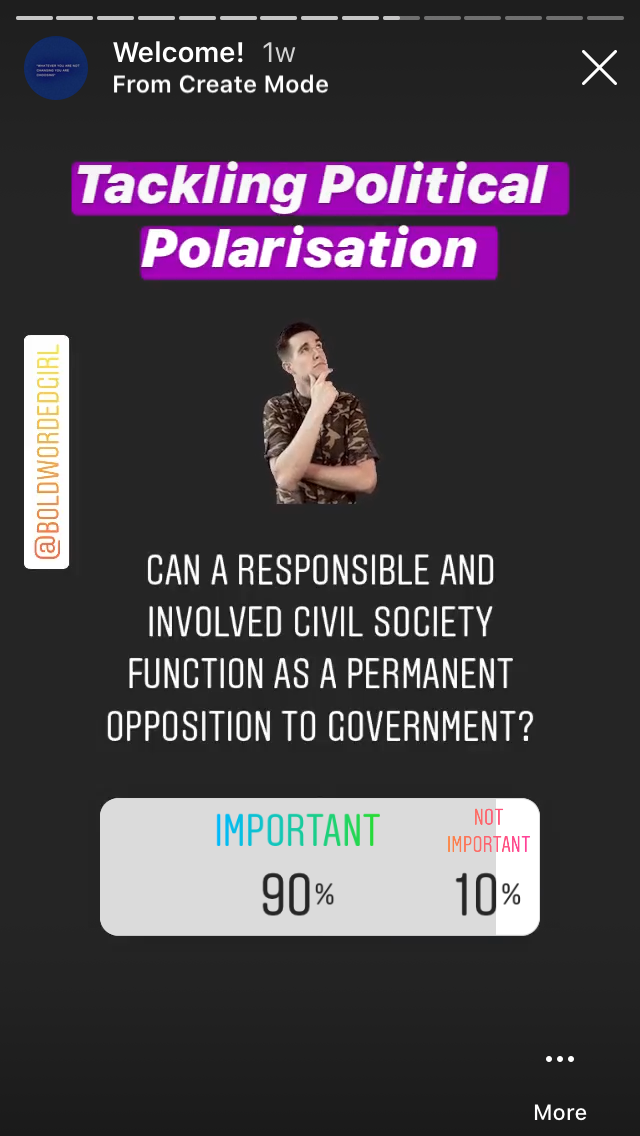 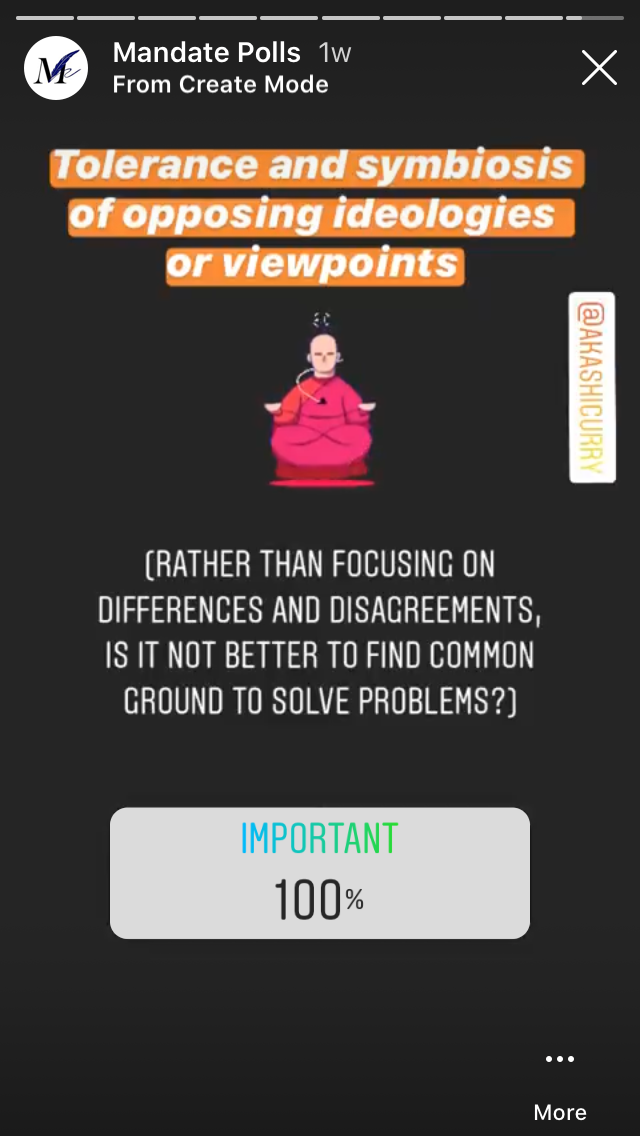 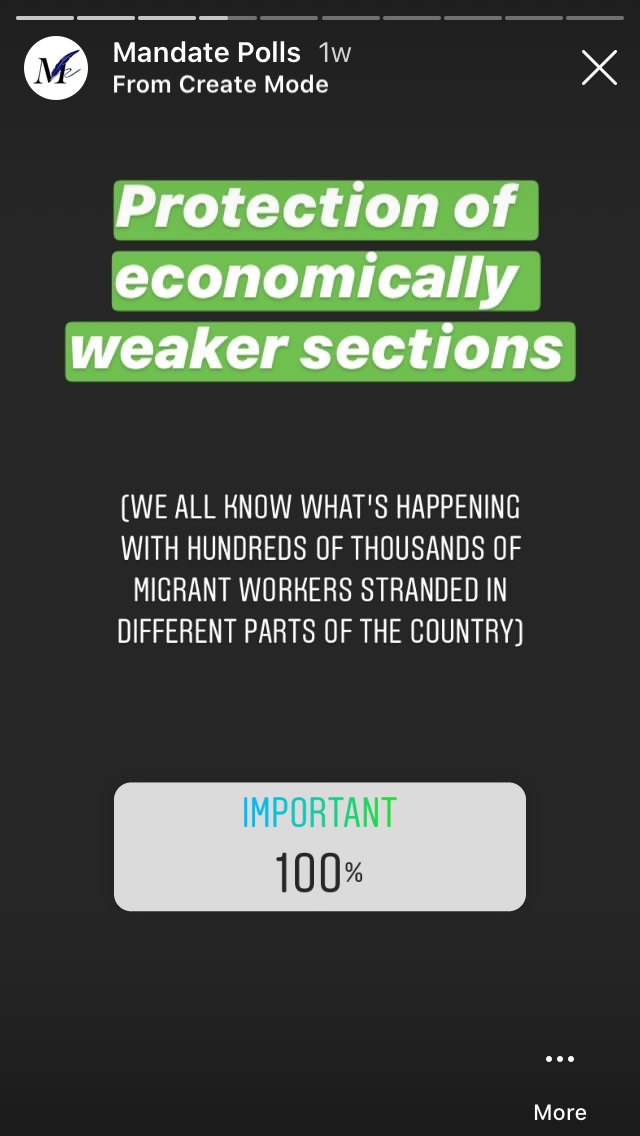 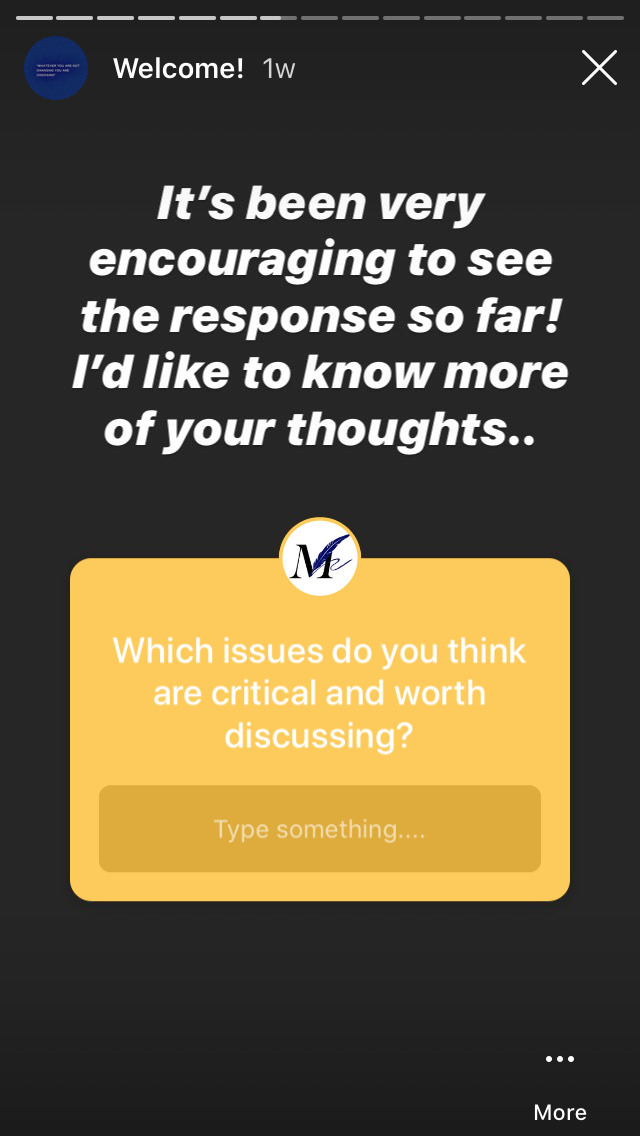 So, to each person who's been a part of this journey so far, this project is built on the strength of your shoulders and in the light of your advice. Thank you sincerely and here's looking forward to creating something of value with it. May it be right and just, and may the universe conspire to help us along our way.

This is the story so far. You may ask what the logo of the Mandate signifies. It's an 'M' with a feather - a quill to write with. The Mandate aspires to carry, in a sense, each person's authority and will to act on the issues we identify and the solutions we create and share - the project bears 'my signature'. What comes next is whatever we choose to write together.

Human Rights under Threat: An International Legal Analysis of EIA 2020